translated into Portuguese by Deborah Kenyon 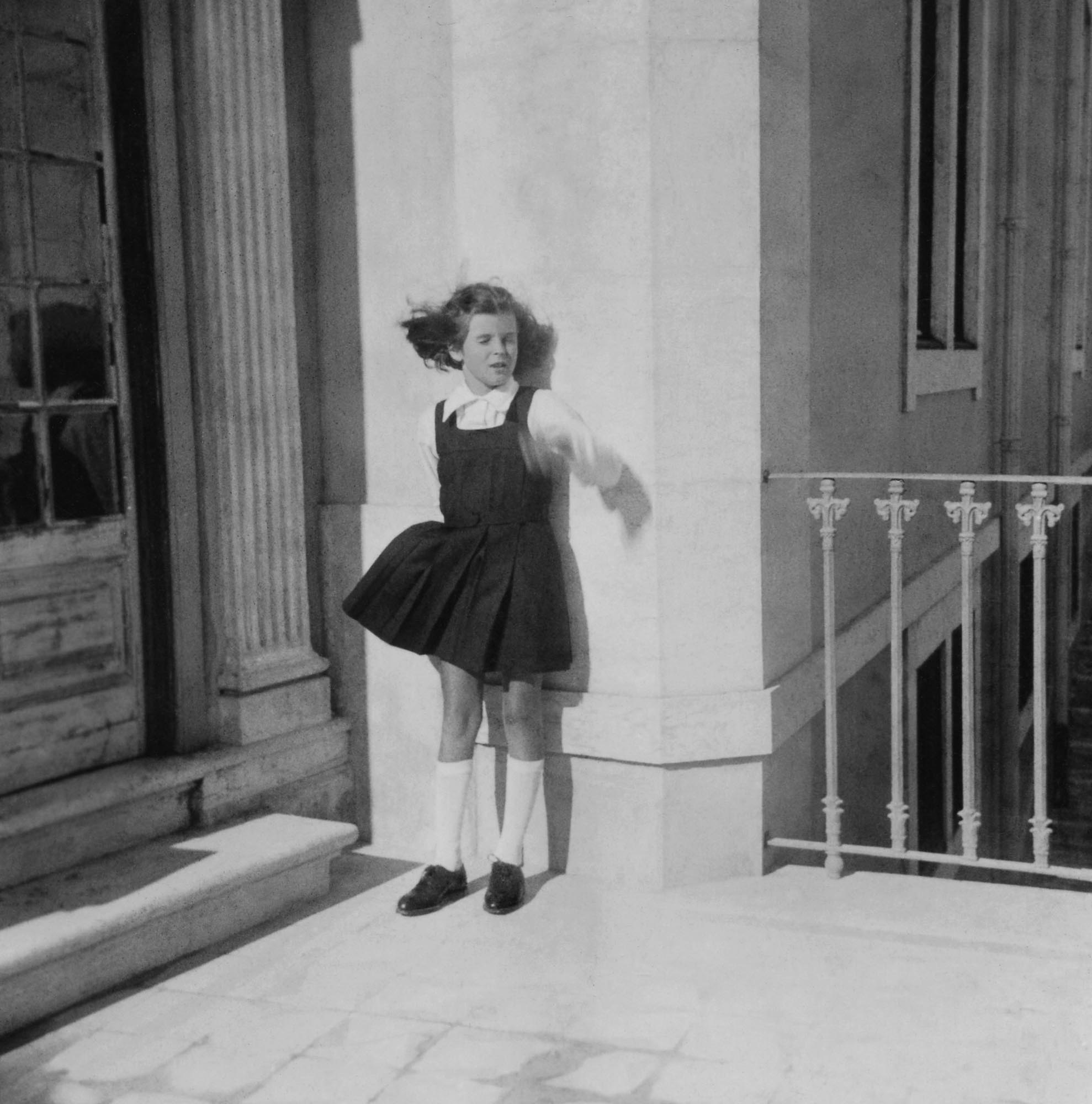 Patricia placed her champagne on the long, luxurious body of the piano. Holding a glass drew attention to her hands and she couldn’t risk exposing the tremor to her party guests. Not tonight. If the director noticed it, he might pass her over due to baseless “health concerns.”

The shaking emerged last year, around the time the final streak of pigment left her once lush and raven hair. Hollywood was ruthless, especially to a veteran actress. Now that she was a “risky” and “bold” casting choice, any misstep or sign of deterioration could mean she’d never work again. Despite decades of fame and shelves full of awards, even the great Patricia Aldine still had to play the game.

Tonight’s game was a lavish fête in Patricia’s downtown penthouse, meant to woo Richard Soares, the acclaimed Director who was remarkably close to casting her in his next important film. She desperately needed that part. It had been too long since her last job. People were starting to speak of her in the past tense.

After everything she’d sacrificed for this business, this shameful fade into obscurity was simply unacceptable. If her career was over, she would go out on top. It was decided: the project with Richard would be her last. Nothing could go wrong tonight.

“May I have the privilege of your company on the terrace, Madame Aldine?” Mr. Soares slid open the glass door. His suited arm stuck out past the frame, into the unlit evening air.

Before tonight, Patricia knew the Director by reputation only. Ten or twenty years her junior, they hailed from different eras. He was in his fifties, maybe, but managed to maintain impeccable skin. His boyish face brought to mind the past, though Patricia couldn’t say exactly why.

“Please, Mr. Soares,” she whispered. It was understood by both she was a relic, miraculous to get a call from him at all. “Call me Patsy.”

“Sure, Patsy. Don’t forget your drink.” He nodded towards the piano. “We just might have some news to toast.”

Champagne in hand, Patsy ventured out no farther than the doorframe. Nerves churned the fizzy alcohol in her stomach.

“It’s an honor to finally meet you.” She raised the flute, careful to control her shaking hand. “I’m a great admirer of your work.”

“The honor is all mine.” He took a sip of scotch and smacked his lips. “A beautiful woman is always a joy.”

She waved the compliment away. This feigned dance of fawning was as nauseating as it was necessary. Patsy’s first big role had probably premiered while he was in diapers, but inflating one another’s egos was just how their kind did business.

“Aren’t you coming out here?” Richard motioned to the opulent patio. Her skin flashed cold. Men like him loved such cloaked demands. Patsy knew she didn’t have a choice.

The terrace was a prop for entertaining, nothing more. Imperative as flattery or the white piano she’d never learned to play. But a fear of heights was rational, real. Humans weren’t meant to stand exposed, outside, forty stories above the ground.

“Don’t you think it’s too chilly?” she said, then regretted it. It was an old lady’s question. Something asked by a dinosaur prone to tremors and chilblains who couldn’t keep up with young talent. She snatched a stylish wrap from a chair back and took one unsure step outside.

“That’s better.” Richard reached behind and slid the door shut, severing them from the warm, comforting party noise. “We can hear each other now.” The only sounds on the balcony were the harsh whistle of aft night winds and the rush of traffic far below.

“Yes.” She forced a smile, even as her knees trembled. “Nice and quiet.”

Too quiet. Without the banter and clinking crystal, there was nothing to distract her from the creeping threat of falling, of somehow toppling over the edge.

“Beautiful view,” said Richard, motioning for her to join him at the panoramic glass railing—yet another invitation that couldn’t be refused. Years ago, when Patsy’s looks faded, her power followed. Now, there was no choice but to move obediently towards the little wall and the fearsome abyss beyond.

“To us.” Richard raised his tumbler again.

“And our budding friendship,” she replied.

They both drank. The bubbles clung to her throat. At least the hand tremor was irrelevant now; her entire body was shaking. She was the last frail leaf on a winter tree, desperately clinging to a wavering branch.

“Let’s talk about you,” said the Director. He leaned forward and dropped his arms on the edge. The sight of hands hanging naked in the void curdled Patsy’s stomach. She set her glass aside, then saw his somber expression. It was not the face of a man about to share good news.

Son of a bitch. If he wasn’t going to cast her, why bring her out here? Why even come to the party? She glanced towards the cheerful light and the festive crowd within. Why didn’t she go inside, instead of letting him dangle her like chum over a piranha tank?

“Good idea,” she said, dropping the honeyed pretense. “Have you made your decision?”

“Ours is the business of impossible decisions.” Richard gazed out past the lights and chewed on his bottom lip. Decades ago, one of Patsy’s ex-lovers used to bite his lip like that, always before a conversation turned serious. The juvenile action had annoyed her then, but to see it resurrected under these circumstances was absolutely infuriating. She had to get Richard back on her side.

“I may be more mature, but that just means I’ve got more experience. No one competes with my talent and work ethic.” As she spoke, Richard stood, unmoving. It was as if she were trying to persuade a storm cloud. “Give me a chance. I won’t let you down.”

“No one’s arguing with your commitment.” The Director turned and kept one arm resting on the wall. “It’s infamous.”

“Exactly. You can’t imagine what I’ve given up, what I would give up for this project.” She leaned in. “For you.”

Richard went silent again. In their circle, he was known as a good-natured wit, not the brooding introvert now hunched over like a question mark before her. Perhaps he was just odd. All Directors had their methods, their eccentricities.

“You know, I saw a photo of you once,” he said. “You were a little girl.” As he spoke he looked down at the white cocktail napkin crumbled in his hand. “You stood on a balcony like this. Not quite as high up.”

“Oh?” Patsy frowned. She remembered the photo. It had been taken at her uncle’s home. She’d stood against the wall, eyes closed, hands holding the pleats of a school skirt down against the potent wind.

Where the hell did Richard Soares see that old photo? It should be sealed in an album, tucked away in one of her closets. Perhaps a paparazzo had pilfered it, releasing it to the trades. Nothing was off limits to such vile creatures and their repulsive pursuit of fame.

“I remember it,” Patsy replied, shuffling backwards towards the door. “Do you want to see it? I’ll go inside and look for it, maybe refresh your drink?”

“No need. It’s fixed here.” He tapped his temple and put the scotch down. “Come,” he gestured with one hooked finger. “Closer.”

Patricia’s body stiffened as she took one step, then two. Richard grabbed her arm and yanked her body towards the wall.

She opened her mouth as if to shriek. A breathless wheeze escaped instead.

“I used to fear heights, too.” A spark lit Richard’s eyes. His voice became hoarse. For the first time, Patsy noticed his stature. He was a large man, double her size. His strong grip thrust her forearms down and out, pinning them against the wall without resistance. Soon, her own delicate fingers dangled over the free-falling darkness.

“Please,” she whimpered, shivering. He could lift her up and toss her over with one stony hand.  Where were the other guests? Was anyone watching? Richard’s broad shoulders blocked her view of the door.

“I got over it.” His low whisper rivaled the wind. “You can overcome anything. See?” He released the cocktail napkin from their intertwined fingers. It caught the breeze and fluttered over the wall. Patricia’s eyes followed the paper scrap down to the busy city street several hundred feet below, until it was lost in the grind of minuscule taxis.

Nausea splashed in her gut. She felt seasick. Airsick. Would he hire her if she vomited on his shoes? She squeezed her eyes shut against the dizzy panic.

“Tell me if I got the part or not!” she cried. “Now.” Her knees buckled. The wind picked up.

“You were very young in that photo,” he said. “Six, maybe? Seven? Like now, you were terrified.”

No. He was wrong. She remembered the moment. On the balcony. She’d felt no fear. The wind offered to take her away that day, deliver her to freedom. The fear came later. She felt the wind again now, a breeze nudging her fingertips.

“I was ten,” she said and opened her eyes. Robert was staring at her.

“I was much younger than that,” he said. “When my mother gave me up to chase an acting dream.” He released Patricia’s hands.

A sudden calm enveloped her, blowing over every inch of exposed skin. Feet now steady, Patricia looked him up and down. Yes. The hazel eyes. The boyish face, the curled lip. Patricia had called him River back then.

“Of course, of course.” She massaged her reddening wrists. “You have quite the flair for the dramatic.”

Her son made a sound that would be considered laughter, if it didn’t carry so much pain.

Patricia recalled the napkin, falling in the dark.

“Well, I don’t suppose …” She reached out and touched his shoulder. Her long lost son, a famous Director! She’d been right to give him up. An aspiring actress with a child? A single mother, in those times?

“Yes?” He leaned forward, breath suspended. She could feel him trembling through the coat’s fabric.

“I don’t suppose…” She examined her hands. Once smooth and beautiful, now crinkled with loose folds of skin. “I don’t suppose you’d consider giving your poor old mother a job?”