translated into Portuguese by Sandra Tamele 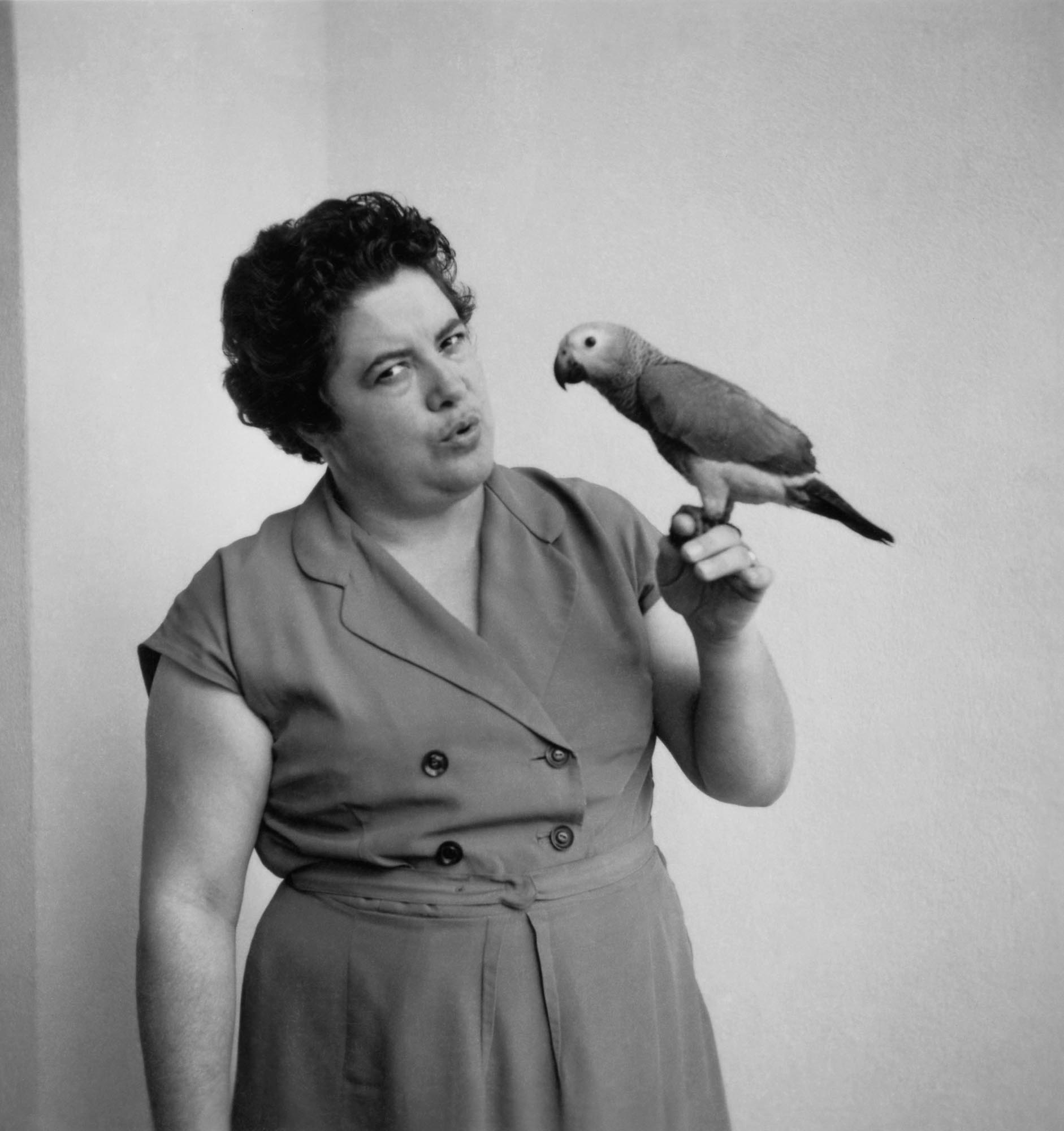 ‘Are my eyes bleeding?’ Ernesto asked the doctor.

Though the haze blurred his vision, he could tell there was something wrong with the doctor: he was too young. His hair was long around his face in a way that wasn’t respectable. But he had the coat and the badge.

The doctor leaned over the counter. He said, ‘Your eyes?’ in a serious whisper that might have been mocking, but Ernesto had a feeling it wasn’t.

‘I don’t see any blood, but the light’s terrible in here. How do you read the labels on your stock? Why don’t you ask for a stronger bulb?’

The doctor’s voice had a bounce in it, as if he was singing. All Ernesto could say was, ‘Oh.’

The doctor stepped back, on to a roll of bandage on the floor. He whirled his arms like a windmill to balance. He said, ‘Did something happen here?’

‘I was stacking them, and the red mist came down, and I dropped them.’

Ernesto couldn’t believe he’d said it out loud. The doctor just nodded, as if everyone had a red mist, and said, ‘Seriously, why don’t you get a better bulb?’

The red mist cleared. ‘I never thought of it,’ said Ernesto. ‘I don’t think that’s the reason…’

Ernesto wondered if something in his brain was jumbling the doctor’s words.

‘It’s gone now,’ he explained. ‘The mist. But sometimes it stays for ten minutes. And there’s a…’

With the red mist came an energy, like a column of smoke, rising from his stomach to his throat.

‘A what?’ the doctor prompted. Ernesto settled for, ‘Sometimes I do things I don’t know I’m doing.’

He’d found himself in a corridor in the hospital’s new wing, where he’d never been, no idea how he’d got there. His hand was clenched into a fist. The red energy vibrated in his palm. For a moment he thought he’d just punched someone. Luis, his former boss, for example. But he’d only imagined it.

‘I didn’t always work in the dispensary,’ he told the doctor. ‘I used to be in payroll.’

‘Things were better then?’

Ernesto’s favourite thing had been delivering the pay packets by hand to the hospital staff every Friday. But his former boss often had dinner with the President, and his son needed a job. Ernesto’s thirty five years of service were unimportant.

The doctor was so odd, Ernesto felt he could say anything. So he asked straight out. ‘Am I going crazy?’

Ernesto’s wife Maria was crazy. She hadn’t spoken to Ernesto, or anyone else, to his knowledge, for close to two decades. She spoke only to her ancient African grey parrot, which she called Otelo — a strange name for a parrot, even an African one. A few times a year, Maria had to go to the special hospital with the high walls and the jacarandas that blossomed purple in the spring. She stayed a week or two and they told Ernesto not to visit. When she came home, she only wanted to sleep; then Ernesto missed the crazy Maria who threw saucepans at the wall.

The doctor said, ‘We’re all going crazy! If living in this country didn’t make you crazy, that would be crazy.’ He laughed. When Ernesto didn’t, he made his face serious. ‘All right, what year is it?’

‘1974.’ Now Ernesto was being mocked. He wanted this improper doctor to tell him what supplies he wanted, then leave. But the doctor was leaning on the counter. No one ever leaned on the counter.

‘Correct,’ said the doctor. ‘I won’t ask you who the President is, because…how much longer, eh?’

‘Change is in the air. Look at Mozambique.’

Ernesto shook his head from side to side, trying to dislodge the strangeness.

He left work to go home, but his brain was up to its tricks. He found himself on a small, winding street near the castle. Blue river glimmered through the gaps between the buildings.

He entered a tiny hardware shop crammed with dusty boxes. He asked the old man for the brightest light bulb he sold. As he walked out with the bulb in his pocket, Ernesto laughed. He was as crazy as the long-haired doctor, but at that moment he didn’t mind. It was unauthorised to put your own bulb into a hospital light, but he wouldn’t be caught. No one would imagine he’d do such a ridiculous thing.

The good mood lasted until he got home. Maria stood on the balcony, the parrot perched on her wrist. The dinner was unmade. She turned her head away when Ernesto tried to coax her inside. She held her ear close to the parrot’s beak and nodded, as if it was speaking to her. Once, when Maria was in the hospital, Ernesto had let the parrot out on the balcony and flapped a towel at it until it took flight. He’d thought the stupid thing had found its freedom. But the day after Maria was discharged, he got home from work and Otelo was back, sitting on Maria’s hand as if he’d never taken to the skies.

Ernesto re-heated some soup from yesterday. He sat in front of the TV without switching it on. For the first time in their thirty years of marriage, he tried to work out whether something had made Maria the way she was. But whenever a possibility suggested itself, his mind skittered away from the thought.

When he went into the bedroom, he could tell from Maria’s breathing that she wasn’t asleep. Before he switched off the light, he put a hand on her back, said, ‘It’s all right.’ His words were too loud for the room. An awareness that nothing was all right curled open in his chest. Maria was silent, as usual, but he felt her tense in surprise.

The next day was a Thursday, the day Ernesto always met his brother Paulo before work for coffee and pastries. Ernesto decided to broach the doctor’s words. Paulo was a guard at the presidential palace. If something unusual was going on, he would know.

‘He said there was something in the air…’ Ernesto explained.

Perhaps it could also affect the eyes, and the brain.

‘Something might happen in Mozambique,’ said Paulo. ‘Angola too. The soldiers who come back from there say…’ They were in a café they’d been going to for decades, and the place was empty apart from the owner. Still, Paulo let the sentence fade.

‘What kind of something?’ Ernesto whispered.

Ernesto whispered, ‘If there was a revolution…’

Paulo would be in the front line. Nothing good happened in revolutions.

‘Not here!’ said Paulo. ‘In the colonies. Can you imagine a revolution in Portugal?’

Instead of going to work, Ernesto walked towards the river. The streets were quiet – were they always this quiet on a Thursday morning? It was a while since he’d been down here; the train station clock was gone. He tried to remember if it had broken. Instead of trains on the tracks, he thought he saw a line of tanks. He didn’t want to look. He didn’t want to be in the dispensary instead of in payroll, he didn’t want there to be change in the air. He just wanted to walk.

When he was steps away from the water, there was a tap on his shoulder. Paulo stood behind him, panting.

He said, ‘Come on, Ernesto. There’s nothing for you down here. Let’s go.’

A rumbling sound was bouncing off the buildings. Someone was shouting through a megaphone. Then more noises, words rippling through a crowd.

‘Nothing.’ Paulo wiped sweat from his forehead with his sleeve.

It was the revolution, the one they’d said couldn’t happen; he saw it in Paulo’s face. But that was ridiculous.

‘Maria’s parrot! There he goes!’

‘He’s in the air now. He knows about the something. Maria must be here, looking for him.’ Ernesto turned towards the noises. Paulo’s hand tightened on his arm, pulling him back.

The red mist was back. It started at the edges of Ernesto’s vision, then became a haze covering everything. By the time it cleared, Ernesto was far away, jogging towards the square. The crowd’s energy surrounded him. It was like the buzz he’d felt inside his fist in the hospital corridor. His mouth was dry. He thought he saw the doctor up ahead, with others who had long hair and loose clothes. They were chanting about the end of fascism, clutching red things in their hands. Ernesto searched the sky and the trees for the parrot. Otelo was nowhere to be seen, but people were in the trees now, climbing the branches to get a better view, then staying there, as if a tree was a reasonable place for a human to sit.

Ernesto joined the crowd as it left the square and followed the tanks up the hill. Someone passed him a flower. He gripped it. The buzz was back in his fist, was in his whole body, but it wasn’t frightening: everyone else was feeling it too. Maria was here somewhere, Otelo on her wrist. When he found her, he’d give her this red carnation.