On Becoming a Photographer’s Muse 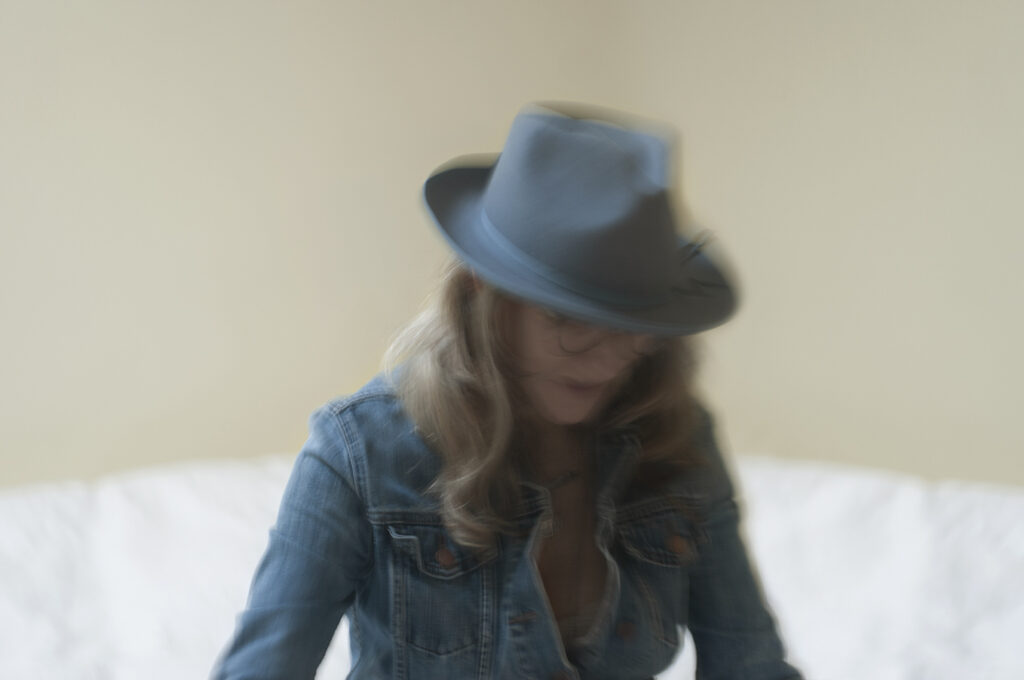 I always feel uneasy whenever somebody looks at me. A pair of eyes swings my way and I’ll want to flee. I’m not a misanthrope — I’m drawn to people, but they also make me nervous. I’ve learned to adapt by looking away or closing my eyes when I speak, and if that doesn’t help, I have another trick for emergencies, one I deploy as instantaneously as an automobile airbag. 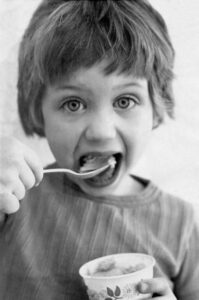 The moment I reach peak overwhelm when too close to another human, my mind fills the space between us with an invisible protective foam. Sometimes this spongy barrier is spiked with amusing distractions– favorite song lyrics, say, or ideas for cakes I might bake, stories I might write– while at other times it’s as plainly utilitarian as Styrofoam. The psychological term for this coping mechanism is disassociation. Friends tell me it can be strange to watch it in action, how my eyes grow cloudy with distance as soon as I’m safely enclosed inside my foamy bubble, as if readying myself for takeoff. But it works.

Finding myself in front of a camera triggers a similar urge to escape. I’m cornered, trapped, the camera a menace.  It hasn’t always been like this. My dad enjoyed snapping photos of my sisters and I, and in those early snaps I’m at ease—clowning around, scrunched-nose laughing, scarfing a paper cup of ice cream. Happy to be near him, unaware of the camera, or if I am, unbothered. Later photos snapped by others reveal an awkward, skittish misfit, visual proof I lacked the password to the social world. 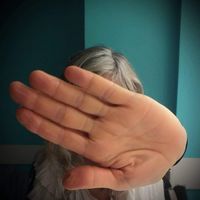 My husband Russell is a photographer, and in spite of my resistance he somehow tricked me into becoming one of his subjects. His earliest snaps are predictable views of my back, my admonishing hand, or the occasional capture of my scowling face, but over time I’ve gotten used to Russell’s picture-taking. It’s partly his understated Britishness that disarms me, and the daily sweet-talking he effortlessly dishes out, all the darlings and beautifuls and lovelys he feeds me like nutritious morsels. And there’s the trait we share that binds us together.

Like me, Russell struggles with social overwhelm. Photography affords him a measure of distance, allowing him to reach out from behind the lens as if from his own safe bubble. Russell’s camera is his amulet, his lucky charm, as essential to him as an organ or limb. I tend to forget it’s there, just as I did as a kid goofing around with my dad. Or maybe it’s me I’m forgetting as I read a book, bake an orange cake, drink a beer, tell a story, walk the alleys in the quiet night hours, my life lived in front of the camera, while Russell forgets himself behind it, snapping photos. 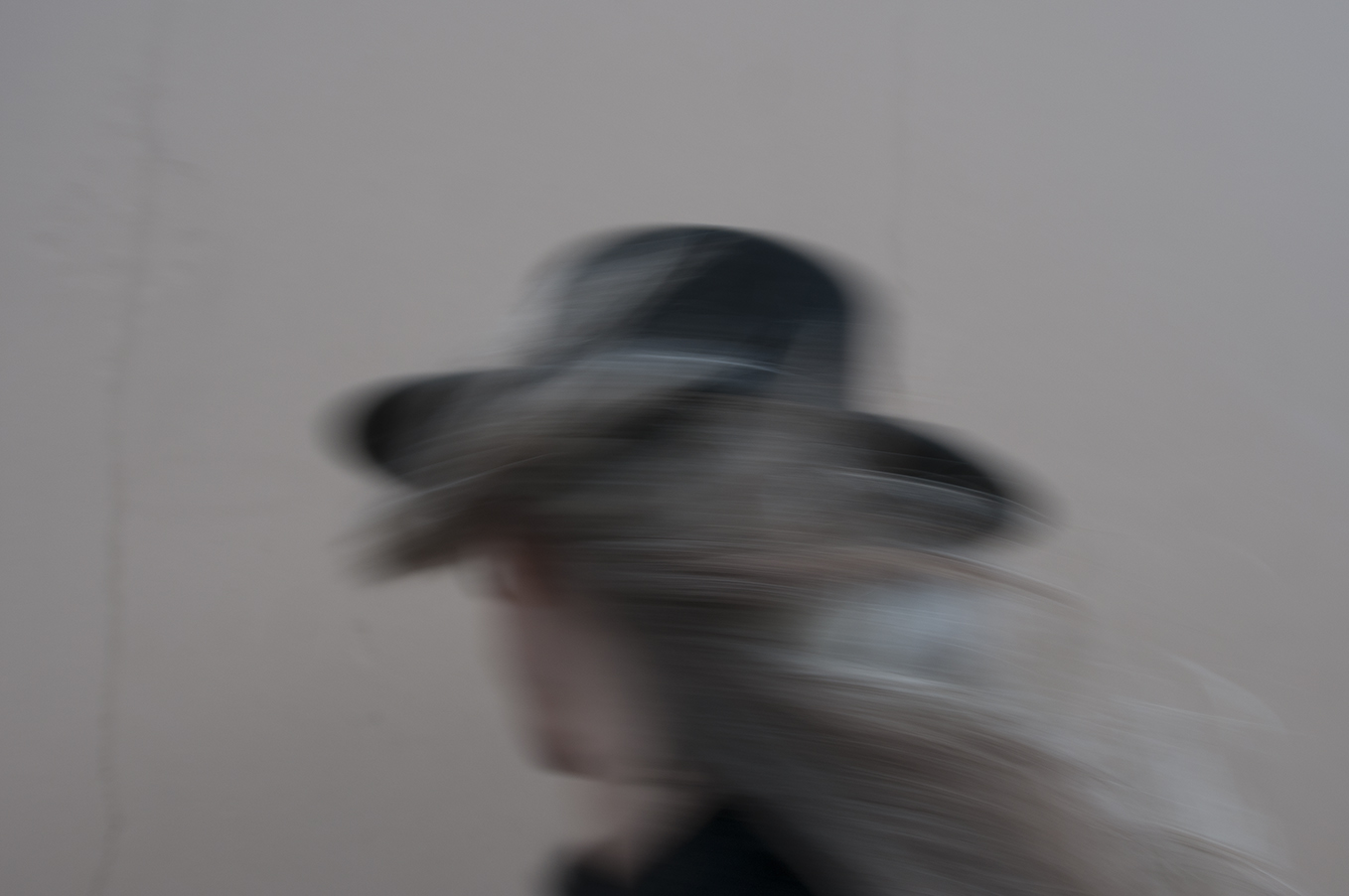 Being with Russell— with camera or without— is like being alone, but better. I believe this is one reason we form human bonds: to deliciously forget ourselves in the company of another, to share a sort of amnesiac fugue state that cushions us against our secret wounds.

Ever since ordinary people could afford to purchase cameras, they’ve used them to document their relationships. As a collector of dead people’s snapshots I feel like a kind of spy, almost a voyeur– sneaking around in a stranger’s past, sniffing for clues. I’m drawn to hidden stories, in art and real life, and uncovering them lights me up. My found photos have schooled me in history and human nature as much as any book I’ve ever read. In some ways, my paper friends are as intimate to me as my closest fleshly people, and when I feel overwhelmed by them, it’s a good thing.

Sometimes I will land a set of snaps that have become, by their singular focus on one individual, a portrait of the tie between photographer and subject. Evidence of this rapport can be found in how the body is oriented in the setting, by the collusion with light, in how aspects of character are rendered. I feel the presence of the unseen picture-maker, not just as a friend, lover, spouse or parent of the subject, but also as an artist, with the subject as muse. 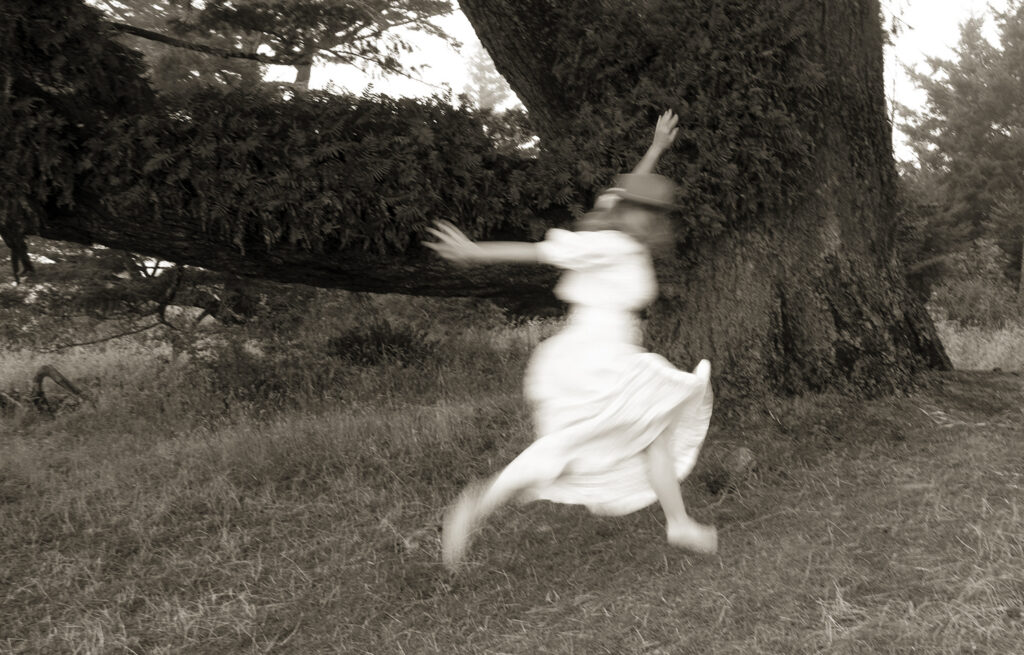 The word muse comes from the Greek, Moûsa, referring to the nine mythological goddesses of inspiration. According to the poet Hessiod, the Muses not only inspired the arts, but “brought to people forgetfulness, that is, the forgetfulness of pain and the cessation of obligations.” The verb form to muse emerged in 14th-century French, meaning “to reflect, ponder, dream, or wonder,” an evolution of inspiration from summoned goddess to innate, self-generated power.

But for the past century or so, certain women have been singled out by men to play the role of muse, with the sole purpose of inspiring artistic genius. While some of these unions have resulted in celebrated works of art, many such arrangements take a heavy toll on the women involved: losses in the form of unequal power, great personal sacrifice, and tragic (sometimes fatal) emotional consequences. There are exceptions, of course, and I take comfort in the stories of muses who said no, who stood their ground or stood up and walked away, who chose their own work over someone else’s. And I’m curious about collaborators who manage to inspire each other without destroying their relationships in the process. 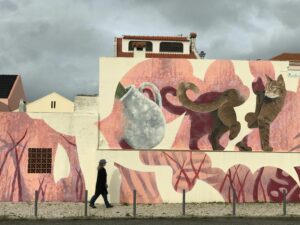 John Lennon once said, “My life is my art”, an ethos I’ve adapted to mean this: The secret to an artful life is to let curiosity roam freely, and to follow it wherever it goes. If the muse is my goddess of inspiration, then curiosity is her rambunctious little brother, a shotgun-riding sidekick who eggs me on to climb in through the open window, turn over the rock, ask the silly question. His big sister does the heavy lifting, taking what he’s found and throwing it against the wall to see what sticks.

My muse can be a fickle and demanding ball-buster. She pushes me to question everything– to slough off my crusty expectations and rusty resentments, the power trips and petty desires– and change or destroy what doesn’t work (but to please do it with a thoughtful hand, dear Self!)

The key ingredients of such an alliance are a respect for differences, an openness to all possibilities, and the pursuit of fun. The tired old muse-artist trope is not fruitful here. Instead, the muse hangs out in our conversations, our overlaps and collisions. If we’re lucky, the muse births a third entity, a righteous baby monster with its own motivations. Like a crazy toddler, this little muse can ransack our ego-driven plans and tear up our old road maps, demanding we let trust and imagination take the wheel, and see where the hell we end up.

In a playful mood, the baby muse might push us to switch places. Give me your camera, and let me snap photos of you. Flipping things over is just one way to find the most auspicious creative loot. With any luck, our play will infect the page, canvas, melody, photograph, or best yet, our liaison itself. Our childhood friendships were built on the art of play. Time to get back into the sandbox!

Now don’t you go getting the idea I’ve become emboldened in front of Russell’s camera, floating and soaring as sincerely as Isadora Duncan. That’s never going to happen. I go about my day and leave him to it.  But the art of being seen through his lens has flavored the rest of my life. I feel framed in the best of ways. Somebody finds me — a many-layered work-in-progress, lit up by all manner of light, warped by moods and dogged by physical states — worthy enough to inspire him, just as I am. The spaciousness within which to be myself without having to fight for it (so exhausting!) gives me extra energy, and in turn, nourishes our relationship. (I’ve never asked Russell about this– he’d have no idea what I’m talking about. But I believe it’s true.)

Each of the three sets of old photos I will share over the next weeks depicts a relationship. All were found in Portugal — two collections pasted into albums, the other just a handful of snapshots in a cardboard box — and all are close to a hundred years old.  At first glance the photographers appear to have wielded a certain power over their subjects, moving them around, posing them, capturing them like insects in amber, like pinned butterflies.. 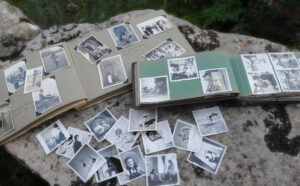 But embedded in these pictures is the commitment of two people to spend time making something together. The subjects are at ease and playful, forgetting the camera. The result is a cluster of images that glow with simpatico. When I look at the faces looking back at me, just as they looked at the photographer almost a century ago, I feel something– as if love could leave a residue that radiates from the paper.