Freedom is a Flower Blooming Red 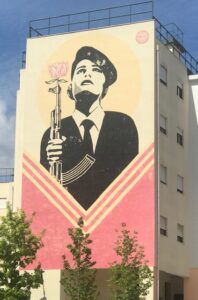 If you don’t live in Portugal you may not know that today is not an ordinary day. Picture a large crowd, a peaceful protest of thousands of uniformed soldiers, carrying rifles with red carnations in their muzzles. They are here because they have had enough. They refuse to fight any more wars, to be killed in the name of a failing empire. The soldiers are joined by civilians fed up with an oppressive regime that has lasted four decades. It is April 25, 1974, the day of the bloodless Carnation Revolution, and the beginning of Portuguese democracy. 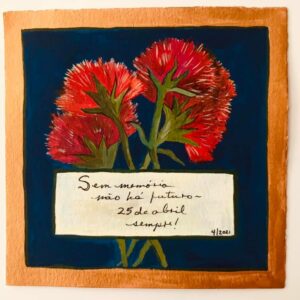 Speaking of democracies, did you know that Portugal ranks number #2 in the World Index of Moral Freedom,  just after the Netherlands?

Today is also the perfect day to publish all the winning stories of our Photo Story Contest. Start with the First Place story, “In the Air’ by Rachael McGill, and you’ll see why.

Then keep reading! We have stories by José Sá, Jethro Soutar, Jen Nafziger, Marianne Rogoff and a poem by John Trent, all in English and Portuguese. 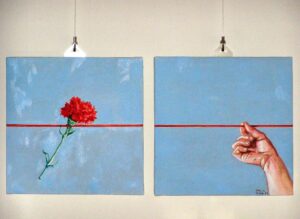